With a plethora of Democratic candidates vying for the 2020 Presidential nomination, climate change may be the issue that narrows the debate. On Wednesday, September 4, 2019, ten  candidates took the stage at CNN’s Climate Crisis Town Hall to discuss their plans to take on climate change at the federal level.
Dr. Lara Hansen, Chief Scientist and Executive Director of EcoAdapt, was invited to submit live commentary on the CNN website during the town hall. On the theme of realistic, or dare we say even bold, action in regards to a changing climate, Dr. Hansen explained the need for immediate action:

“Let’s be clear, taking no action on climate change is the riskiest action we can take. This includes proposals that commit us to continuing to invest in fossil fuel infrastructure -- including natural gas which emits greenhouse gases not only when it is burned to make energy, but also in its extraction, refining and distribution. Senator Elizabeth Warren aptly called the current state of affairs where inaction rules “a nightmare.”

Let’s be clear, climate change is a monumental problem (as Senator Amy Klobuchar put it) and an existential crisis (as Senator Bernie Sanders reminded us) that we have spent over a century creating. It is a driver of the intensity of Hurricane Dorian, which is being reported on during this town hall. Let’s be clear, we need a monumental solution but we do not have a century to enact it. We need bold, rapid action…” Read the full comment here. 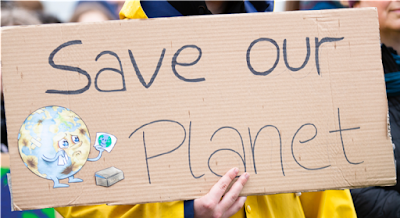 A refreshing tone of the night from all candidates was the move from the historic political dialogue of “is this a problem?” to “this is a problem, what do we do about it?” As candidates detailed their plans for action, Dr. Hansen’s comments reminded us that federal action on climate change should not circumvent local planning but rather facilitate it. In doing so, Dr. Hansen was able to highlight the work of the National Adaptation Forum community and direct readers to the Climate Adaptation Knowledge Exchange (CAKEx.org) for replicable resources on climate adaptation:

“Communities all across our country are experiencing the effects of climate change. You hear it in the many questions being asked in this Democratic Town Hall. People are asking about the disparity in the effects of climate change based on income, race, gender or abilities, about the vulnerability of coastal communities and sea level rise, about our fossil-fuel economy’s health effects, or citizens who have lost their homes to wildfire.
Some of these individuals are fortunate to live in communities looking to develop strategies to reduce the impact. Participants in the National Adaptation Forum share these ideas across geographies and there is a whole database of these efforts waiting to be replicated by any of us. We can all work in our own communities, but it is slow going and a patchwork of small-scale actions is insufficient and inefficient in protecting us from many of the effects of climate change…” Read the full comment here.
Overall, the night displayed the  deep public concern regarding climate change and the fact that voters, especially millennials, plan to hold politicians accountable on this issue. Although the next Presidential election will not take place until Fall 2020, the town hall highlighted that we have no time to waste.