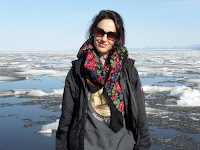 Hi, my name is Gina Abatemarco and I am the Director and Producer of the feature documentary film Kivalina People, which takes place on the island of Kivalina, Alaska.


In 2010 EcoAdapt scientist Rachel Gregg wrote a case study on the pressures that Kivalina is facing and invited me to share the work that I have done in Kivalina with the climate adaptation community. 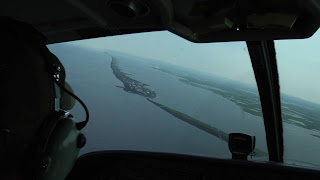 For those who don't know Kivalina, it's a small barrier island located 80 miles above the Arctic Circle and home to 400 Inupiat Eskimo people who face the grave effects of climate change on their infrastructure, foundations, and cultural and subsistence livelihoods. Made of silt, sand, and permafrost, the island is eroding into the waters that surround it and has been determined by the U.S Army Corps of Engineers to be in “imminent danger” of flooding. Kivalina has received international press not only for its desperate need to relocate, but for its 2008 $400 million dollar lawsuit against 24 oil and gas companies including BP America and Exxon Mobile. 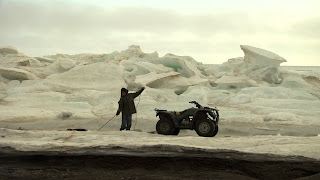 Spurred by a 2007 newspaper article about these issues, I have been working in Kivalina for the past five years on a feature documentary called Kivalina People. Kivalina People is a cinematic and intimate portrait of everyday life in Kivalina for its Inupiat people during today's period of unprecedented environmental and cultural changes in the Arctic. It is a visual and creative work, intended to provide audiences a rare and palpable experience of the complexities of living in the modern Arctic and within an Inupiat culture. As the Arctic continues to warm, changing conditions have facilitated interest from oil companies in particular for future exploration in the region, which may further threaten these Arctic communities. It is important that we finish Kivalina People promptly and add it to the growing dialogue of the future of the Arctic.


We need your help! 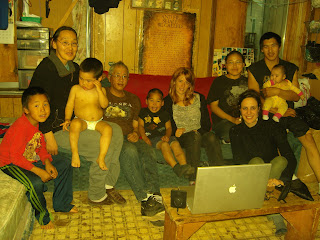 Kivalina People is currently on Kickstarter and needs the help of our extended communities to raise funds for post-production. For those who are not familiar with Kickstarter, it is a safe and legitimate way to raise money where all payments are processed by Amazon. We hope you will take a moment to see our Kickstarter page and view a clip of the film. We have until April 25th to raise $25,000. If we do not reach our goal, none of our donors will be charged, and we collect none of the funds raised.


We are very excited to share our work with this community and hope that Kivalina People will contribute to the dialogue on the future of small Arctic communities and others affected by climate change. Please consider supporting Kivalina People by making a donation and/or sharing our campaign with your community. In supporting Kivalina People, you will be joining a community including the Tribeca Film Institute, IFP's Spotlight on Documentaries, The Puffin Foundation, NYU's Richard Vague/Columbus Award, and Vision Maker Media who will bring the film to public television.

If you would like to contact me with questions or would like to find out how to alternatively make a tax deduction you can reach me at: gabatemarco@gmail.com. 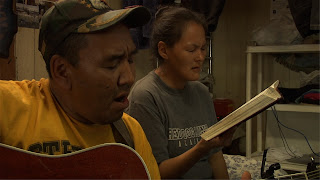